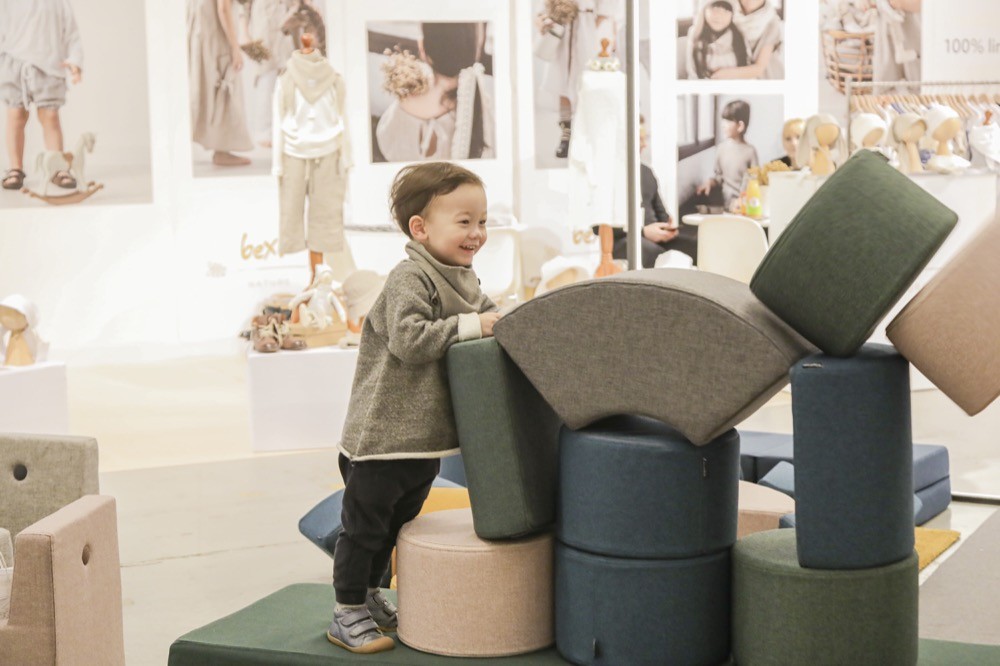 Following the cancellations of Playtime Paris and Pitti Bimbo, CIFF Youth also announced today that it will not be hosting an order fair for children’s fashion in summer 2020. This means that the third of the major children’s fashion fairs has also decided to cancel the event due to the effects of the Corona pandemic.

As with all organizers, the background to this is probably the insufficient number of registrations on the part of exhibitors. Nor can any organizer make predictions as to how many trade visitors can be expected. This is because the international guests may be absent due to travel restrictions or a restricted range of flights, and individual decision-makers may view participation as a sign of uncertainty.

As recently as June, the organizers of the CIFF (Copenhagen International Fashion Fair) and CIFF Youth had announced that the fairs would take place between 9 and 12 August 2020.

So now the cancellation – and the attempt to offer at least the Danish fashion world an alternative format. The focus is shifting from the international to the national level with the “Elevated Order Days by CIFF” in August 2020.

At the end of May 2020, the Danish health authorities gave the go-ahead in principle for Copenhagen Fashion Week and thus for CIFF, which traditionally attracts thousands of visitors. In the following weeks, discussions were held with the industry – and the organizers concluded that “the world after the corona crisis is simply not ready for the CIFF as we know it”.

Malina Lebrecht Hye, Director of Exhibition Development for BC Hospitality Group, says: “Our strong CIFF brand and industry relationships are our primary and long-term priority and we will not compromise the expectations and experience we have built up over many years. That is why we have decided to make a change in August 2020 and introduce the “Elevated Order Day by CIFF”, which can best be described as ‘a compact CIFF’ in CIFF showrooms”.

Regarding the expected character of the format, Lebrecht Hye adds: “Even though CIFF will be different, the concept with its focus on sales, community and sustainability will remain unchanged. The atmosphere will be intimate and safe, and there will be four intensive days of opportunities for face-to-face discussions with sustainability experts, advice on the ‘buyer’s approach’ and the opportunity to share views, challenges and solutions with colleagues from the industry.

The trade fair receives support from manufacturers such as the women’s fashion supplier Masai Clothing Company. Dan Vejen Andersen, Director Wholesale, encourages the 2020 format: “The most important task is to build a bridge between ‘before’ and ‘after’ – and I am of course referring to the Corona crisis. Despite the fact that we are still in a crisis situation, we must act. With the ‘Elevated Order Days’ CIFF supports the fashion industry and we should do the same. We really need to go out again and meet the customers where they are. Wie wichtig das physische Treffen ist, merkt man erst, wenn es fehlt. Und der direkte Kontakt mit den Kunden darf nie unterschätzt werden. Mit den ‘Elevated Order Days’ zeigt CIFF den Willen, in herausfordernden Zeiten andere Lösungen zu finden, in anderen Begriffen zu denken – auch unter Berücksichtigung von Lieferanten wie uns. Wir freuen uns darauf.”

Lebrecht Hye continues: “CIFF is one of the largest and most established fashion fairs in Europe and has the reputation of being first class in terms of dynamic and innovative sales platforms. It is of course very important for us to be part of the industry. We greatly value our close relationships with the network, both national and international brands and buyers, and will return in February 2021 in the original format”.

Who will participate in the ‘Elevated Order Days’ is yet to be announced. After all, numerous brands from the womenswear, men’s wear and footwear sectors have fixed showroms, which can be viewed here. Who will be there from the kids’ area has not yet been decided.

Due to the announced primarily national character of the fair, however, the buyer may delete CIFF and CIFF Youth from his possible travel ticket.